Facelift techniques vary from surgeon to surgeon but there are distinct differences in the techniques and in the results of these differing techniques.

It is commonly regarded by well-trained facial plastic surgeons that are comfortable and experienced with performing surgery within the deeper layers of the face, that a better, very natural, and longer lasting facelift is achieved when a deep plane facelift technique is performed.  But what is a deep plane facelift, why don’t all surgeons do them, and what are the other techniques?

A deep plane facelift involves tightening the SMAS layer (often called the “muscle layer” or cheek muscle on the internet).

Moreover, the deep plane facelift technique also involves releasing several of the grouped underlying “attachments” that secures or anchors the SMAS layer (“muscle layer”) to the underlying tissues and structures, thereby allowing the “muscle layer” to be lifted and tightened.  Specifically, the facial tissues and SMAS layer on the other side or beyond these attachments are commonly lax, sagging, or “loose” from aging.  By releasing these attachments the surgeon can tighten the lax and sagging SMAS layer in a tension free manner and in a more natural vector.

A good way to think of this is to imagine you were pulling on a rope that was attached to a ball, if the middle of the rope was caught or attached to a hook, for example, you would not be able to exert an adequate force or pull on the ball and move it.  If you, however, released the rope from the hook the ball would easily move toward you; this is similar to releasing the attachments in a deep plane facelift. 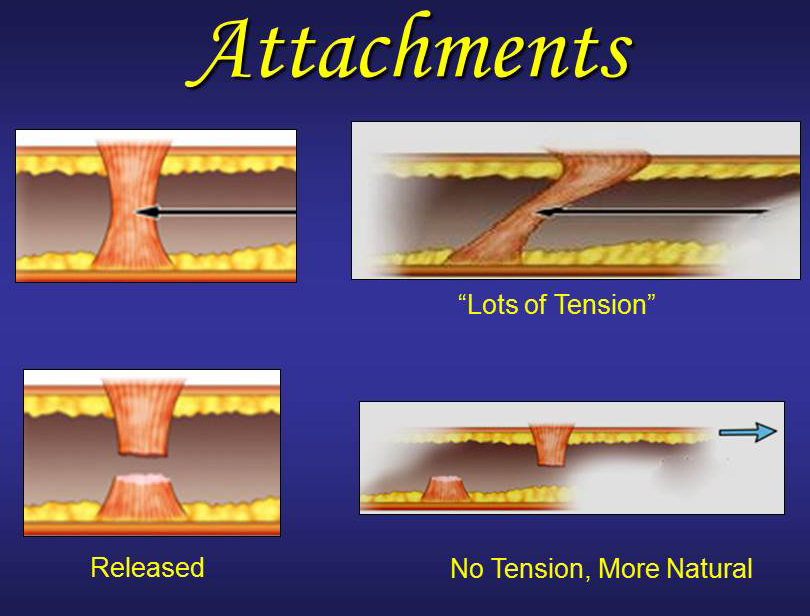 The attachments of the SMAS are positioned in specific areas of the face that are well known to well-trained surgeons.  Some surgeons who perform deep plane facelifts only release one or two of the attachments whereas well-trained, and experienced facial plastic surgeons will use the High-SMAS technique and release all the attachments to provide a more thorough and comprehensive lift in a tension free manner.  The following picture illustrates the location of the some of the more important attachments: 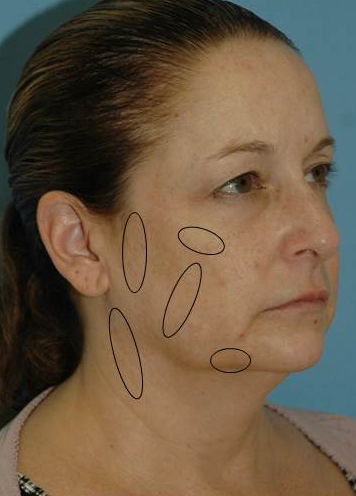 The reason many surgeons do not perform the deep plane lift and in particular the High-SMAS FaceLift technique is because it takes longer, and is much more technically difficult.  The training to acquire the necessary technical skills to safely perform the deep plane lift, and more so for the High-SMAS facelift, typically requires and comes during years (at least 5 years) of intensive resident surgical training within the head and neck region; hence why dermatologists, ophthalmologists, and OB/GYN physicians typically do not perform deep plane or High-SMAS facelifts.  Some surgeons do have the skill but prefer to use plication techniques to keep the surgery time short and/or decrease the cost of the operating room to the patient.  There may be other reasons as well.